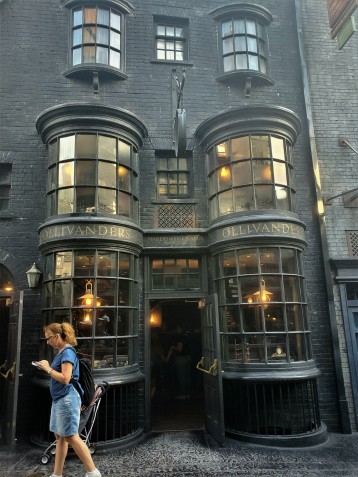 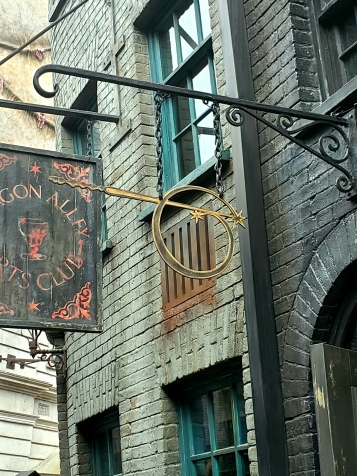 So for our first stop on The Wizarding World of Harry Potter shop tours, we will start with the first stop any witch or wizard should make when entering the wizarding world- Ollivanders. Any youngster preparing for Hogwarts knows the most important piece of wizarding equipment they will need is their wand otherwise how else will they perform their spells? 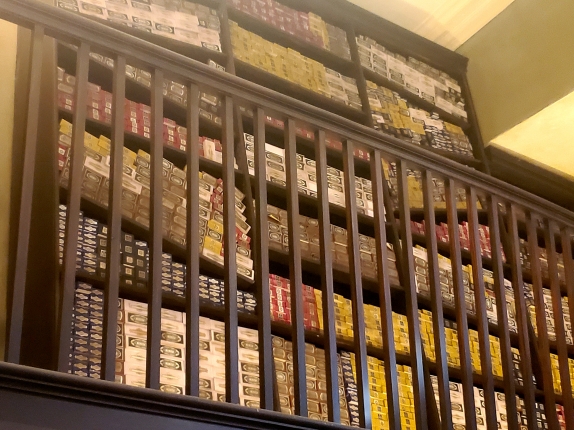 Upon entering Ollivanders, your young witch or wizard might feel overwhelmed by the sheer volume of wands before them, but fear not future Hogwarts Alumni for Ollivanders is well organized and easy for witches and wizards of all ages to navigate through! Every box in Ollivanders is color coded to the specific character or unique wand they might want. So whether you’re looking for a wand to perform around the park magic with or one to display for all your Muggle friends to see, Ollivanders has you covered. Just remember that collectible wands have a white label and interactive wands have gold labels! And don’t worry about having to wander from one part of the shop to another to get the one you want- If you’re looking for Harry Potter’s wand, both the collectible and interactive wands will be side-by-side on the shelves! 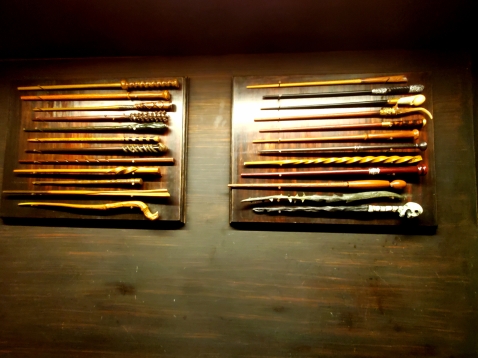 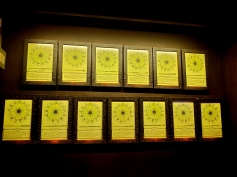 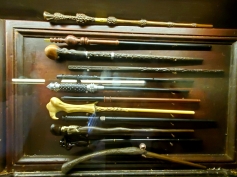 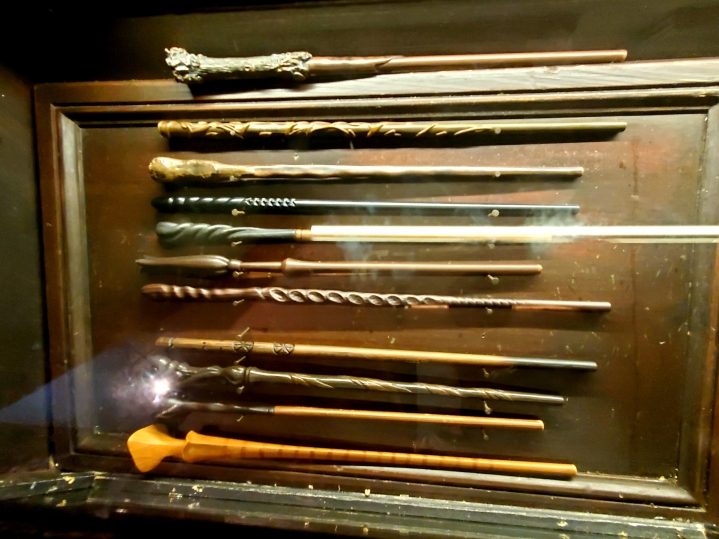 Not interested in owning a a character wand? Then Ollivanders has you covered! With 13 unique wands that cover a variety of traits a witch or wizard might have, the right wand is sure to choose you and work well for all your spell needs!

Each Ollivanders wand comes in a box to keep it safe as you transport it home. Each wand also comes  with a map of Diagon Alley and Hogsmeade so you can see the spots in both where your interactive wand can be used! So let your future Head Boy or Girl start practicing for their O.W.L.S!

Don’t have access to Diagon Alley? Or is Ollivanders too packed with curious Muggles for you to enter? Don’t fret, there are other shops and carts where you can purchase your wand throughout Hogsmeade. But if you have your heart set on a wand from Ollivanders- as I’m sure many of us do- then you need to be in Diagon Alley!

Another amazing thing that Ollivanders does is the wand choosing ceremony. A group of people are allowed to enter a secret part of Ollivanders and one lucky person- normally a young witch or wizard- is chosen to find their perfect wand. I have never personally seen a wand ceremony- only on YouTube- but they are magical and definitely worth attending even if you’re not chosen. I have also seen people get personal wand ceremonies for special occasions such as birthdays, a bachelorette or bridal shower, etc. I’m not entirely sure how you do this because I haven’t done one, but I think all you have to do is talk to an Ollivanders employee and explain the special occasion to them. But don’t quote me on it! I’m sure you can find a YouTube video better explaining it.

So that’s the Ollivanders shop tour! I limited the photos on this one to keep some elements of surprise if you ever have the opportunity to visit Ollivanders. It is a beautiful shop and entering it for the first time back in August made all my childhood dreams come true.

So my question for all of you is- Which character or unique wand would you choose as your first wand? If you already have a wand, what other wands would you like to add to your collection? I’ve only officially bought one wand from Ollivanders and that was my interactive Hermione wand, but I fully intend to grow my collection!

Remember- Treat your wand with respect and it will betray you. Never leave your wand laying around! Duel responsibly. And most of all- Appreciate all the time and effort that goes into making your wand. Happy spellcasting my fellow witches and wizards!