Things that Have Been Inspiring Me (July)

Back in February I decided to start a new series where near the end of each month I would share some of the things that had inspired me during the month. This month has been chaotic for several reasons-which is why this post is late- there has been one thing that kept me going and inspired me throughout everything! So here is my one inspiration for the month of July! 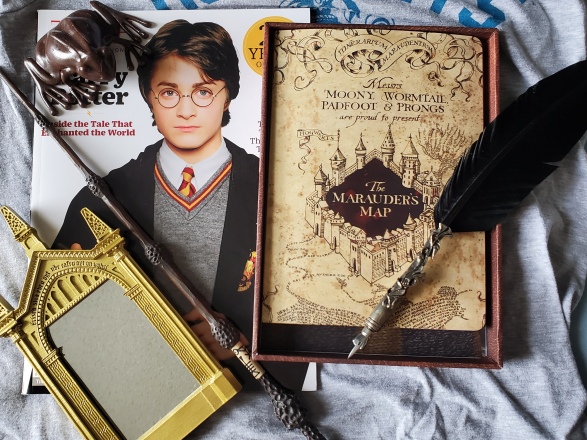 If you’ve been frequenting my blog over the last month, then you know that all my posts for the month of July were Harry Potter related! The reason for that is because on August 3rd- a.k.a my 28th birthday- I will be going to Harry Potter World at Universal Studios in Orlando, FL for the first time ever! And I think it goes without saying how excited I am to be going there. I am extremely thankful to my amazing boyfriend Shane and his stepmom for putting this whole weekend together for all of us to have fun and enjoy the wizarding world together!

So the month of July has just been nonstop Harry Potter, and admittedly, my Harry Potter collection has grown even bigger over the past month and will only grow bigger as time goes by. But as a Harry Potter fan for over half of my life, I can’t put into words how much Harry Potter has influenced as me throughout my life. And J.K. Rowling is one of my biggest influences as a writer and if I ever achieve even a quarter of the success she has, I will consider my very lucky and be proud of what I accomplished!

So July has truly been Harry Potter month for me and this will continue during the month of August as well with my many posts on Harry Potter World, so stay posted for those upcoming posts! And I hope everyone has a magical weekend!